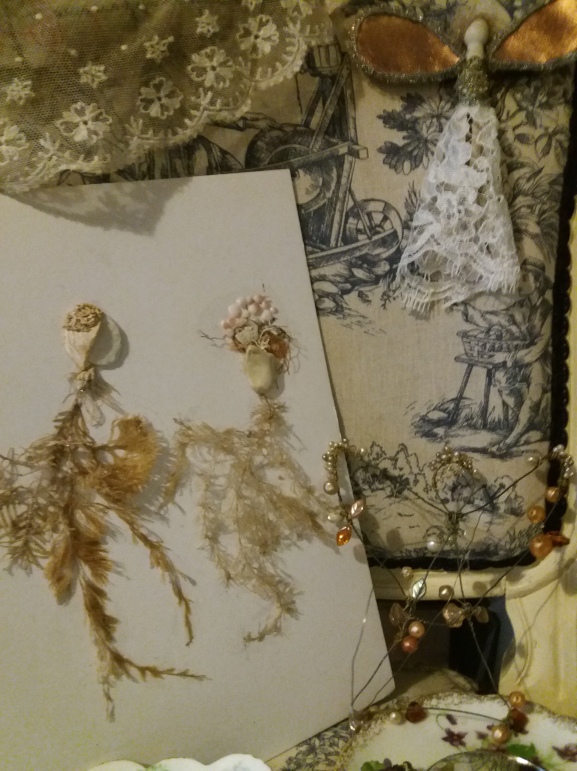 The lovely lilting ladies belong to West Runton, Norfolk. Where I foraged for the seaweed. There is always something stunning on the strandline to steal away. If I am really lucky I find jet, but only once yet.

I love the sea. For 10 years we lived in Wales and were lucky enough to have a panoramic sea view for 8. I would sit in my window staring at the blue bowl of the bay that reached a rim all the way to Devon. I could see England so clearly on a bright day and I felt exotic and foreign without even leaving the British Isles. My daughter learned to walk on sand before concrete because we wanted her to have a soft landing and I would spend hours sieving the sand for shells with her. She can’t remember it but she was a sea child first, will always be. I think that’s where her wildness comes from, her moods that ebb and flow like the tides. It does not come from these flat lands of Norfolk, it comes from hills, and seas and rivers that run off the one into the other. When we moved to Carmarthen to the stone house with 3ft walls that still punctuates my dreams, we were perched on the tip of one of three estuaries that sit side by side and tip Welsh hill water into the ocean. The land was so low here we lived where the sea should have been. We could not see it but knew it should have submerged us.

I have sea spoils from beaches all over the world, the pacific coast of America and Canada, New Zealand, South Africa (whose fierce seas hollow out some of the most dramatic shell skeletons) and a beach in Crete, which delivered some of the most perfect miniscule, and brightly coloured shells I have ever found. Calk Bay, South Africa, just before Cape Point comes a close second, where I spent two concentrated hours at the dredging waves edge picking out the more perfect shells from fistfuls; the ones the waves hadn’t smashed to pieces I lifted straight out of the sea shingle whilst the penguins watched from the rocks behind and the southern right whales breached before me. South Africa is probably my most favourite sea place because of those whales and because of the way water rages when two different seas clash around a Cape. Not a safe sea. Not a Welsh sea. Not at the intersection of the Atlantic and the Indian oceans.

So no surprise the sea sculptures that I am sometimes inspired to make. Shells, seaweed, drift wood, and other sea bits found on strandlines are fashioned into ‘Shell’o’dermy’ sea skulls and other miscellania. 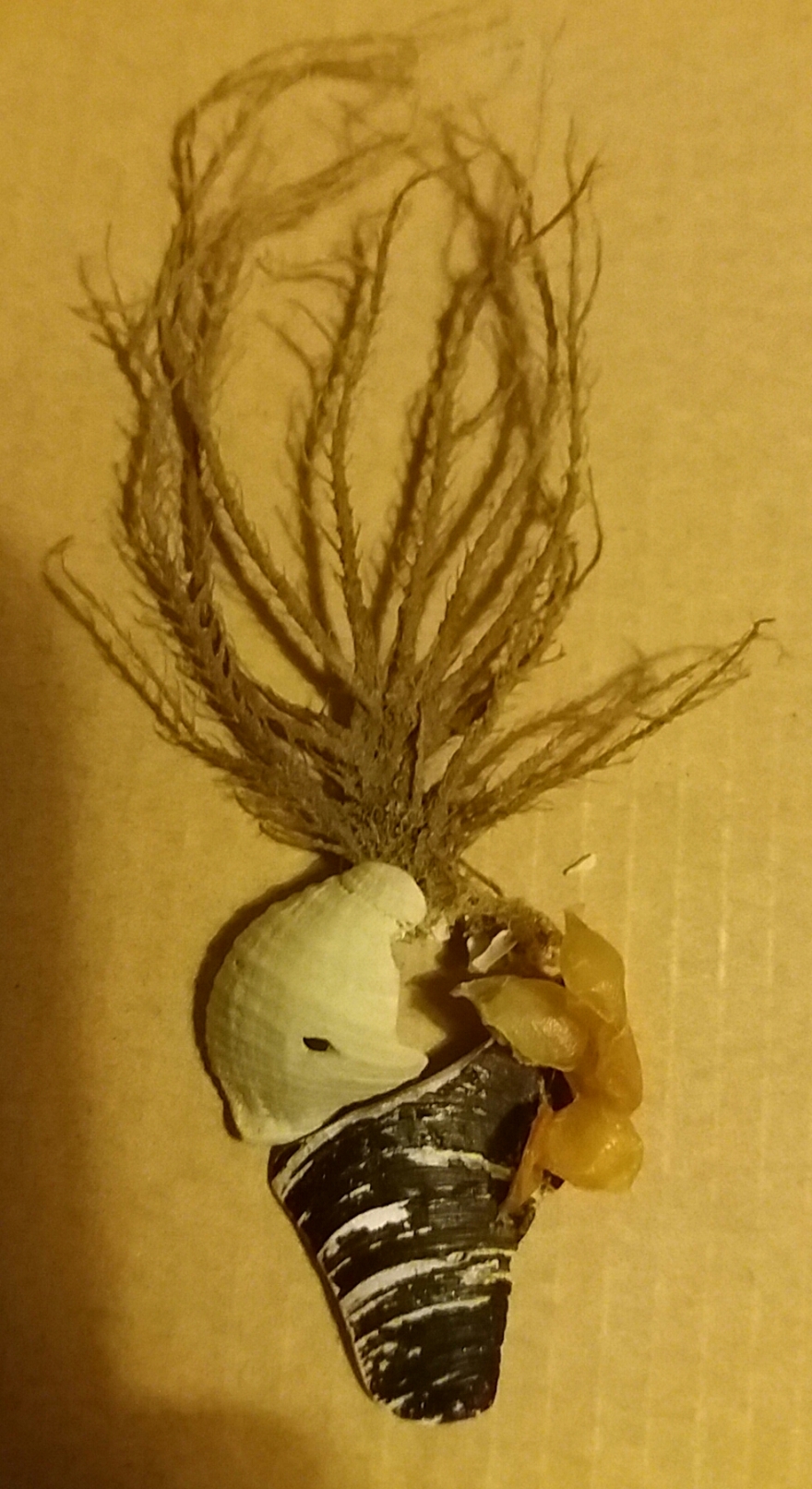 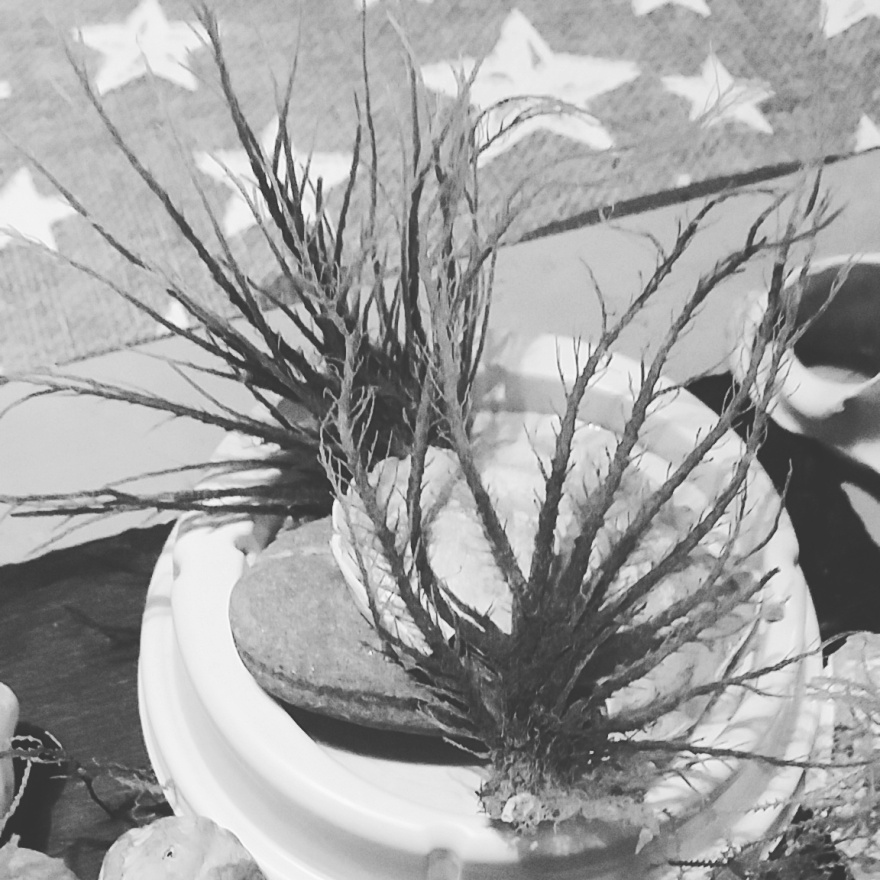 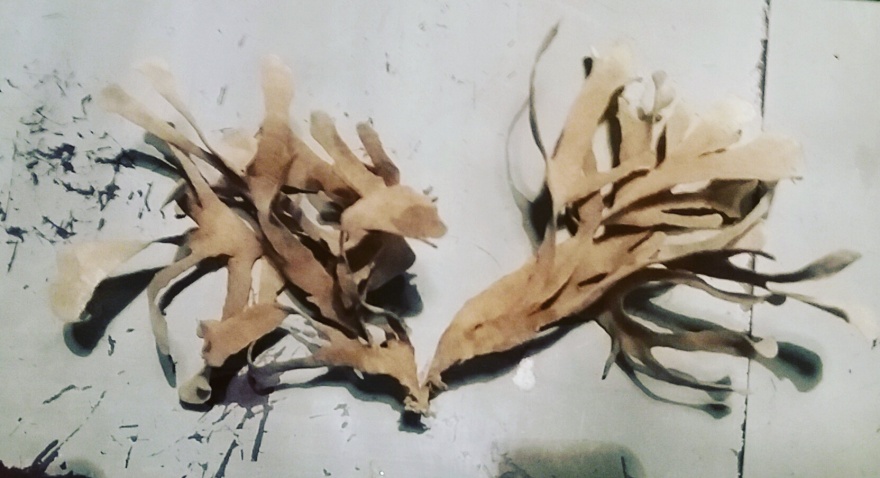 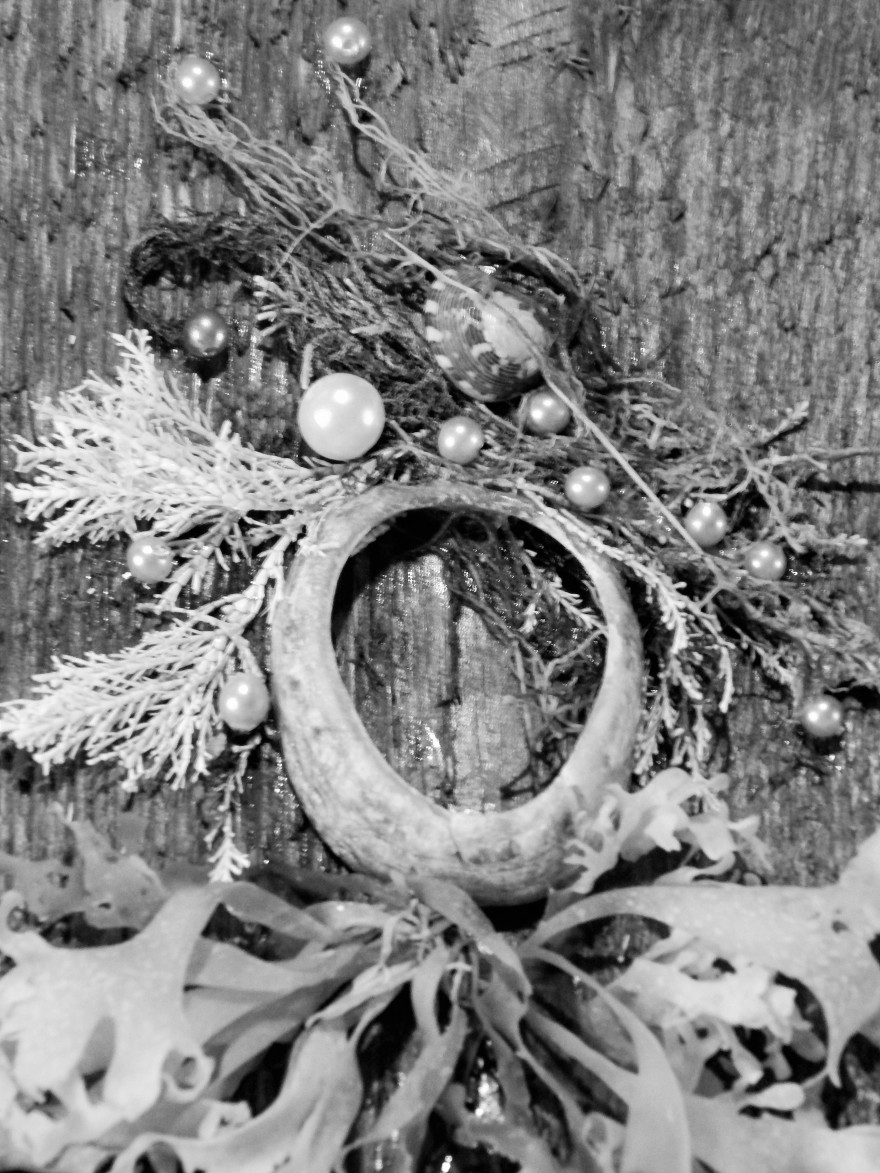